Where: Top of the Park, Red Shores Charlottetown

Two of the finest stand-up comics working anywhere will be at Red Shores Casino Park After Dark Comedy Night! Hosted by Robbie Vino, this 90-minute laughter-packed show features the comedic talent of Simon King and Alex Mackenzie. In addition to an evening of laughter, guests will enjoy a three-course meal from the Winter Comfort Nights menu (gluten-free and vegetarian options available). After attending Park After Dark Comedy Night we guarantee you will have created a lifelong memory to talk about with friends and family for years to come!

Please note: This show contains adult content and mature subject matter. Must be 19+ to attend. 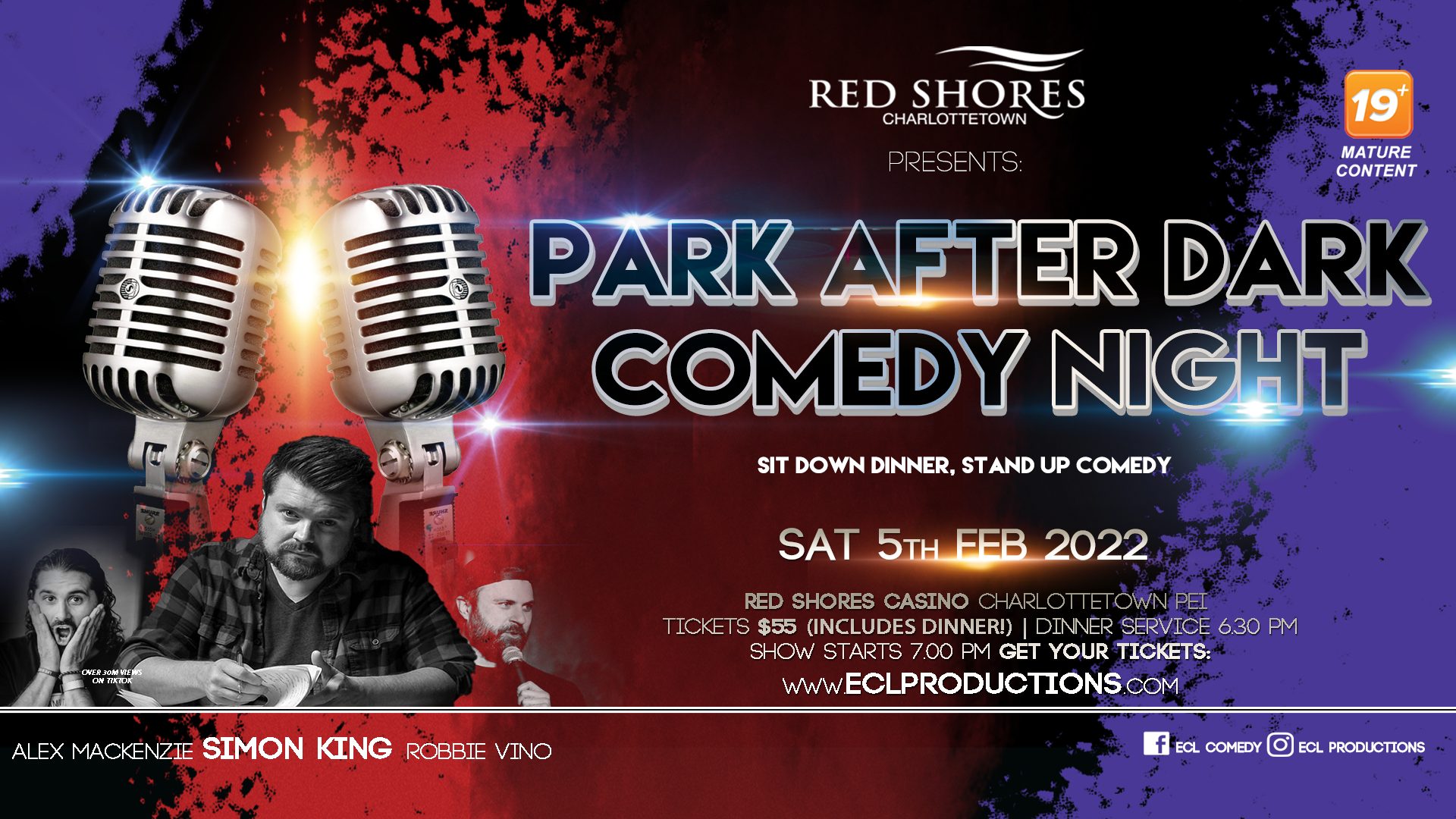 “From everything I have seen, Simon is a truly gifted comedian.” – Robin Williams

Alex Mackenzie lives in BC, but he could live anywhere! In the year 1 BC (before covid) Mackenzie quit his six-figure job and sold his house to move into an RV and chase his stand-up dreams! Now he is in international demand. Mackenzie tours around the world and has appeared at Melbourne Comedy Festival, Adelaide Fringe Festival, Perth Fringe Festival, the Hungry for Laughs Comedy Tour and more! His charisma and clever joke writing has gained him rapid popularity that is increasing daily with his videos reaching over 30 million views on Tik Tok. He often gets recognized in public and asked to move his RV.